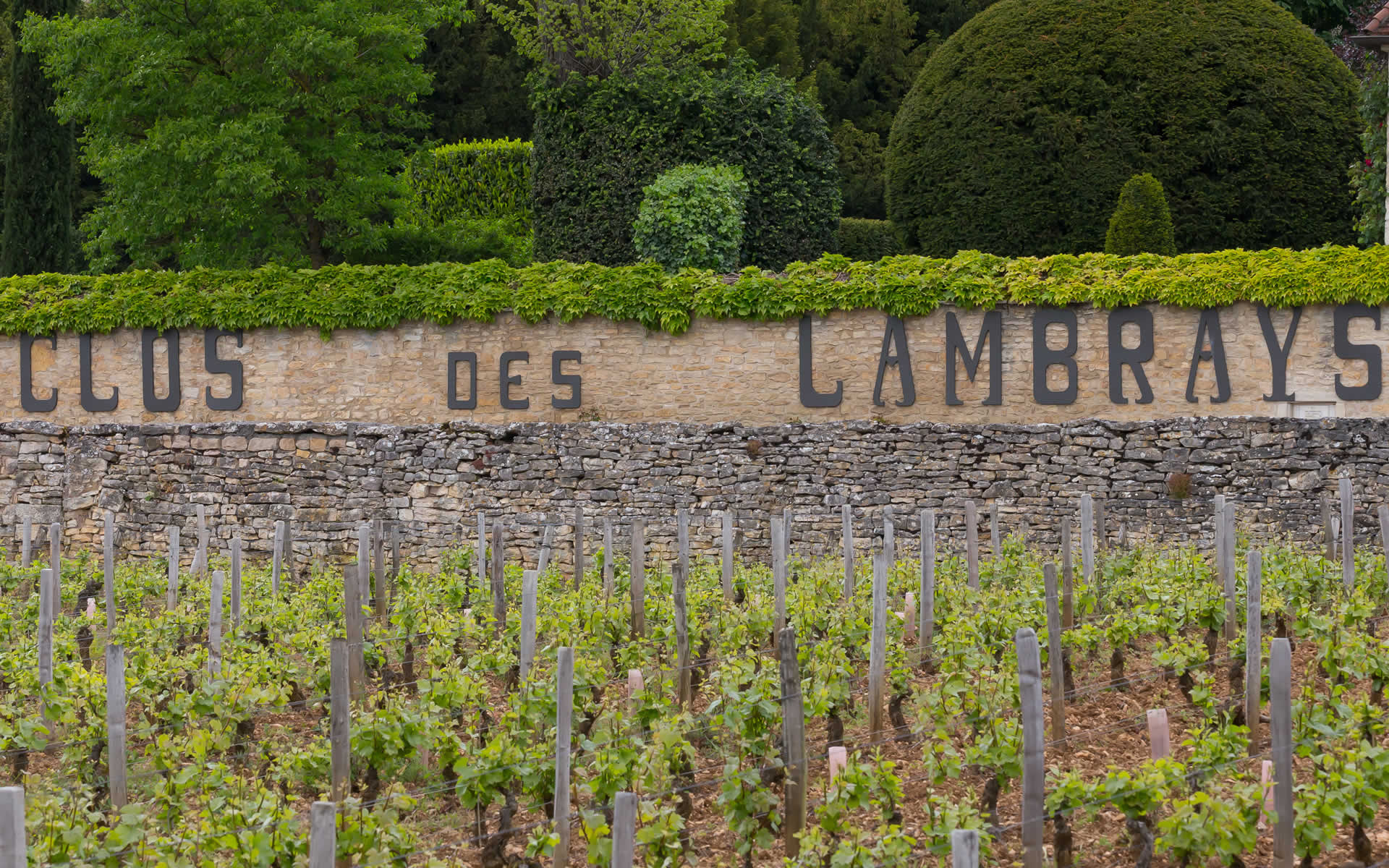 At the heart and the summit of the estate visitors will find… the eponymous Clos. There are also two plots of the Morey-Saint-Denis Premier Cru and four plots of the Morey-Saint-Denis village, all of them planted with Pinot noir. With the acquisition of a few “ouvrées” of Chardonnay of two “Climats” classified as Premier Cru in Puligny-Montrachet, les Folatières and the Clos du Cailleret, the estate is now complete.

The estate also boasts a castle and its ancient cellar, dating back to the seventeenth century, and of one of the most beautiful gardens of the region. The garden features a three hundred year old cedar as well as orchids and a collection of roses. This classical beauty of the grounds contribute heavily to the wine’s aesthetic qualities. 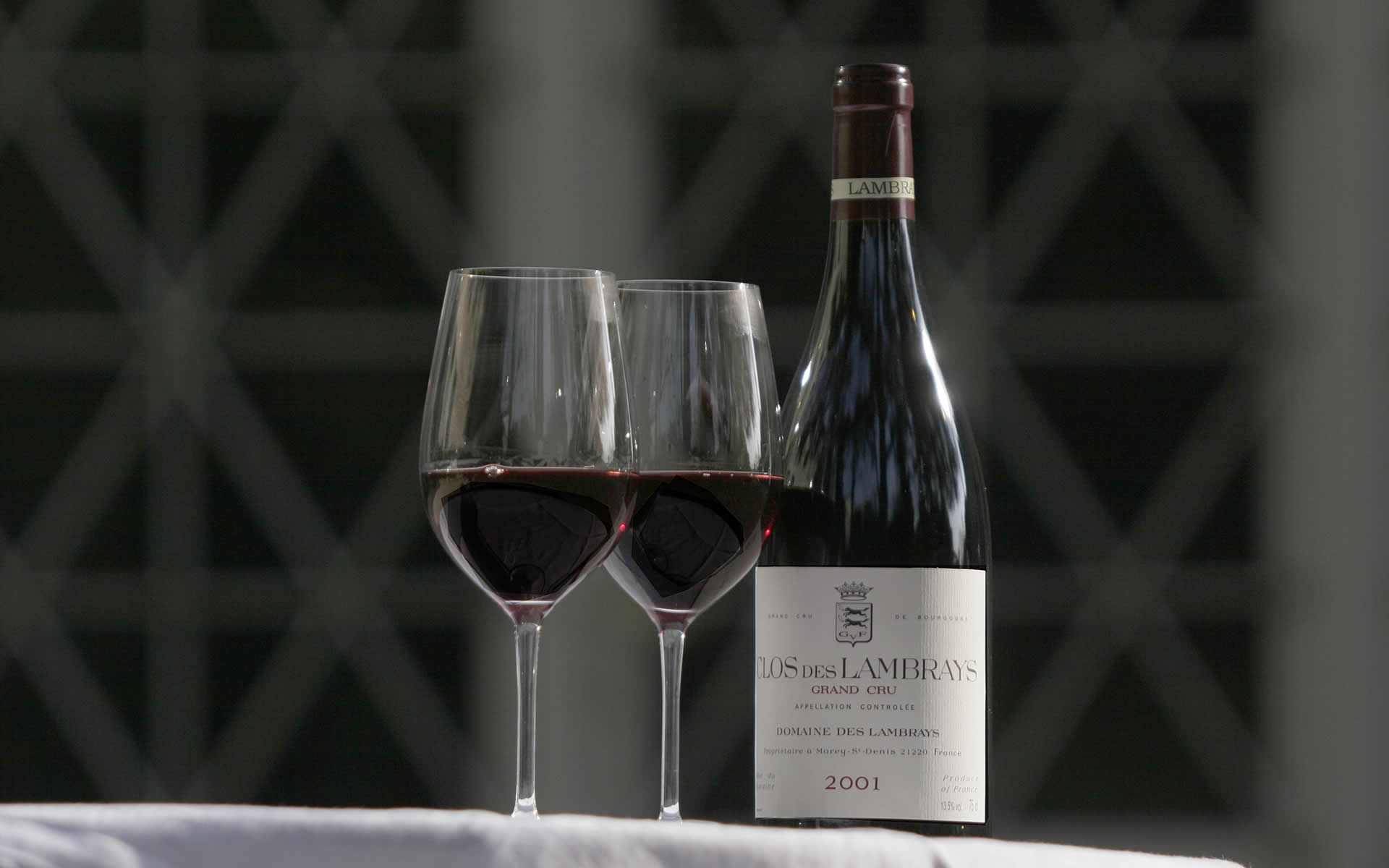 Our Morey-Saint-Denis Village is mostly originated from the vines located just a few meters above the Clos des Lambrays. When you walk on the path that leads to the Clos, vines of the Village wine can be seen a little North. Of course this nuance of terroir has a big impact. Sometimes -like in 2016- frost damages the Village vines, not the Clos.

We see this wine as a tribute to the village to which the estate belongs.

The Premier Cru Les Loups is a blend of young vines from Clos des Lambrays with vines from Clos Sorbet, located at the feet of the house. Its names refers to the totemic animal of the village. Indeed two wolves appear on the Morey-Saint-Denis’ blazon as well as on the Lambrays’ one.

Originated from the almost monopoly of the estate within the Grand Cru, the Clos des Lambrays by Domaine des Lambrays is a wide ownership, if you compared it to Bourgogne scale. The plot is far from homogeneous. Its smooth slopes offer a diversity of sun exposures that are key for the complexity of the wine. At the top, the Clos is composed mainly of marls whereas the bottom clay mixes with limestone.

Wine is being aged within the Domaine’s underground cellars in oak barrels, half of which being renewed every year. As Clos des Lambrays is the heart of the Domaine des Lambrays, this website is dedicated to it.

Since 1993, the Domaine des Lambrays owns 37 ouvrées of this prestigious premier cru. One ouvrée is a Bourgogne traditional surface unit measurement, accounting for 1/24 of an hectare.

In some vintages, producing is tiny. For instance in 2014, only 1,500 bottles have appeared, “half of which we drink ourseleves” Thierry Brouin, CEO, says with a smile.

The Clos du Cailleret, like its neighbour les Folatières, is raised 9 to 10 months in barrels, half of which are made of new oak. With its aromas of fresh nut blend with honey and its flavour of new butter in its youth, the wine ages in harmony one or two decades.

Since 1993, the Domaine des Lambrays owns 29 ouvrées of this prestigious premier cru. One ouvrée is a Bourgogne traditional surface unit measurement, accounting for 1/24 of an hectare. For an estate focusing on Pinot noir, producing great dry white wines is both a challenge and a pleasure. 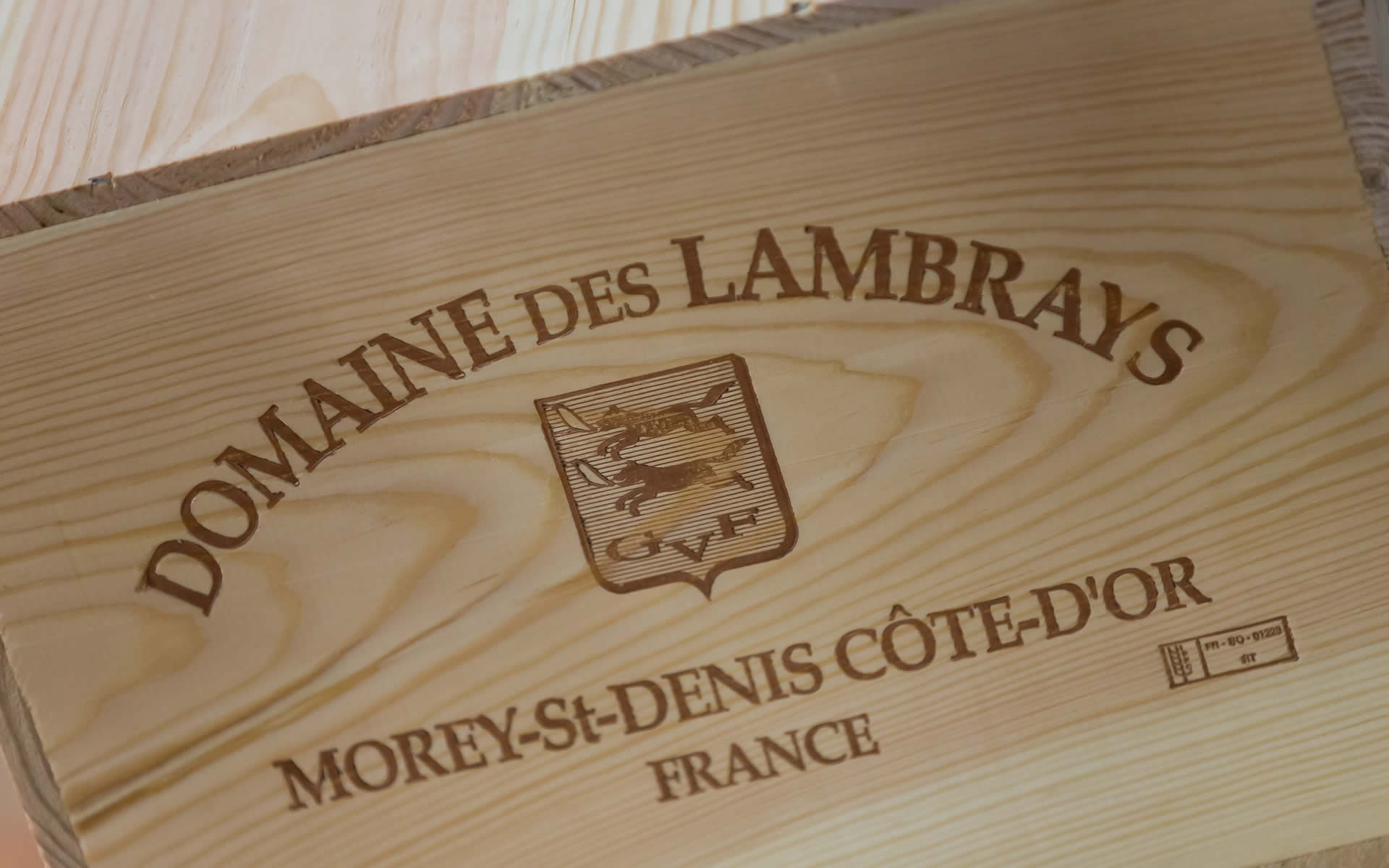 Our wines and the world

Most experts would agree that our wines are considered to be rare. We are fully committed to producing wines of extraordinary quality, wines are that appreciated. We are proud to see them in high demand around the world, emissaries of sorts of a Bourgogne we hold so dear … At the same time, we are excited to see them sold in France in the best restaurants as well as in the most refined wine boutiques.

Below is a list of our recommended official retailers. We trust them for their excellence in supply chain management, their reasonable pricing, and their respect for the soul and heritage of the estate. 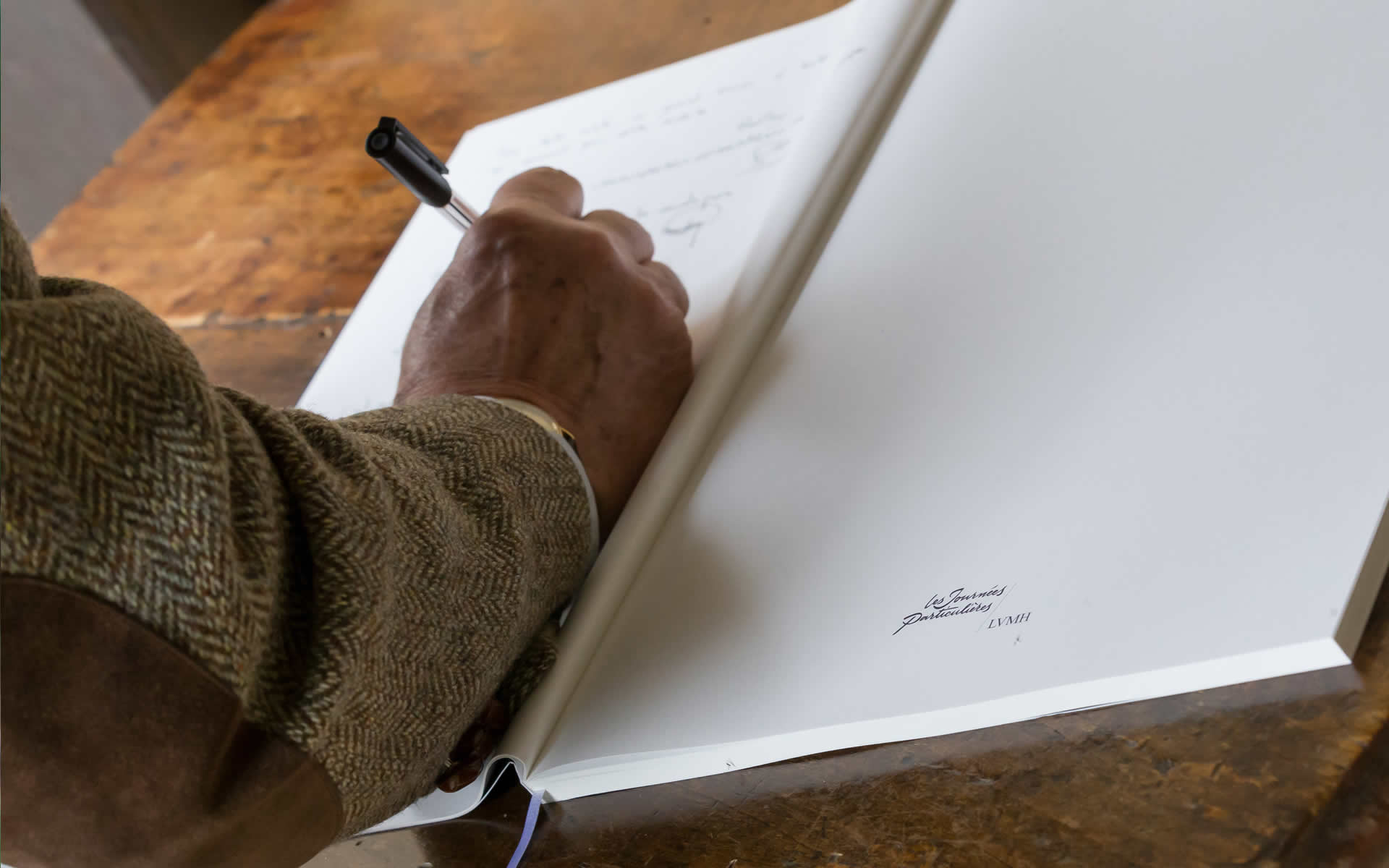 A worldwide leader in luxury goods, the LVMH Group acquired the Domaine des Lambrays in the spring of 2014, seduced by the passion, savoir-faire and commitment to quality of the Domaine’s winemaking team as well as the opportunity to own an exceptional terroir that has produced wines regarded as among the best of the Bourgogne elite. Committed to respecting the winemaking customs of Bourgogne, LVMH is dedicated to assuring the permanence of the Domaine.